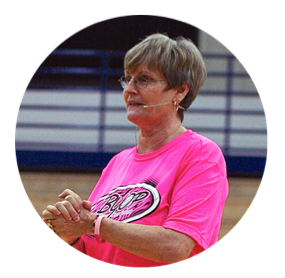 Innovations have included the creation and development of the Bring Your Own Parent (BYOP®) Program, the Nelson Aquatics Resistance Training (NART™) Program and the MVP Specialized Jump Training Program (Jump Like An Olympian). Over the past 15 years, Nelson has specialized in training 5-10 year olds in her BYOP® Program. Ebony Nwanebu, All-American starter at USC & Texas, was one of Nelson’s first BYOP® players at age 4 ½. Others have included Mary Kate Marshall, PAC 12 Freshman of the Year at Oregon State; still others have gone on to be successful at Cornell, Columbia, Binghamton, Barry, Belmont, Indiana Wesleyan, Newman and Cincinnati.

Nelson’s experiences have resulted in her abilities of not only analyzing individual fundamental skills, but also teaching effective decision-making and execution of tactics within game strategies; unlocking athletes’ capabilities, developing their self-esteem and self-confidence and performance under pressure; jump training (yielding increased height in jumps and improved performance without injuries) and evaluating teams at any level of competition. Since her “Statistical Analysis of Passing and Serving” in her Master’s thesis she has begun gathering data for ages 4-10 in jumping by utilizing the VERT technology and as well as testing different size, color, and their weight for the new line of BYOP® volleyballs.

Among her honors, Nelson has received two prestigious awards from USA Volleyball. In 2011 she received All-time Great Coach Award – Pioneer Division. In 1996 she received George J. Fisher Volleyball Award for significant service rendered to the sport of volleyball for at least 20 years. In 2013 Nelson was inducted into the University of Northern Colorado Hall of Fame as a 5-sport athlete.  In 2014 she was inducted into the AVCA Hall of Fame.

Because of Nelson’s experiences, expertise and honors, she has conducted over 600 presentations at various conferences, seminars, and workshops, worldwide. Topics have included college camps; high school motivational speaking; successfully training youth in volleyball; becoming knowledgeable in the college-selection process; marketing the student-athlete; developing fundraising programs for nonprofit organizations, telecommunications companies, corporate cause-marketing programs and national sports governing bodies. Most recently, presentations have been at the AVCA Conventions and Art of Coaching Clinics. In additional there was a feature article on BYOP® (Bring Your Own Parent) in AVCA’s Volleyball Coaching 2.0 as well as being featured in the first Coaching Wizard book released in December of 2016.